Our Detailed Fire Modeling provides the most accurate prediction of fire consequences, allowing for a better assessment of thermal hazards during evacuation.

ABS Group uses Detailed Fire Modeling to assist with incident investigations and in thermal-structural Finite Element Analysis (FEA) to understand the effects from an extreme loading environment on the behavior of buildings/structures of interest.

The simplest approach to Facility Siting of fire is to use the fire spacing table approach discussed in API RP-752, the Recommend Practice for the Management of Hazards Associated With Location of Process Plant Permanent Buildings. The spacing table approach uses established tables to determine minimum separation distances between equipment and buildings intended for occupancy. This approach does not address specific scenarios and is independent of the quantity released, process conditions (e.g., pressure, temperature, flow rate) and geometry near the release location.

The next level of analysis, and most commonly used, is to apply phenomenological modeling software to address specific scenarios. This approach can address process conditions for the release and provide a relatively quick result showing flame profile and thermal radiation contours. Typically, these models provide a conservative "free-field" flame and radiation profiles that do not address site geometry that can offer flame impingement or shielding.

ABS Group takes fire modeling to a higher level, performing Detailed Fire Modeling. We have the software and expertise to perform Detailed Fire Modeling that can incorporate shielding behind large structures (e.g., tanks, buildings) and flame interaction with objects (e.g., process equipment, berms) between the source and building of interest. This provides the most accurate prediction of fire consequences, allowing for a better assessment of thermal hazards during evacuation.

Thermal radiation contours from either Stage 1 or 2 are imported using in-house 3D software to perform a dose-based vulnerability analysis and predict hazards along evacuation routes considering the advantages provided by radiation shielding. Thermal dose is calculated based on 1) radiation contour patterns predicted with Detailed Fire Modeling and 2) the evacuation pathway. Exposure time is determined using a variable evacuation speed accounting for obstacles (e.g., fences) along the route. The thermal dose is calculated as the integration of radiant heat exposure over time and is related to vulnerability during the evacuation. 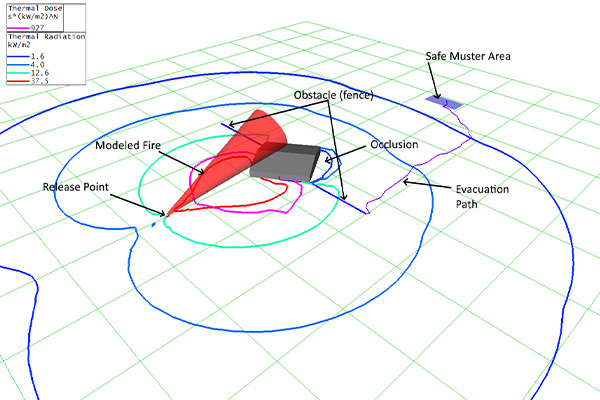 Stage 1: Cone Shaped Jet Fire with Evacuation Around an Obstacle 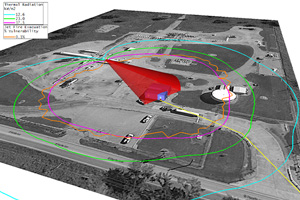 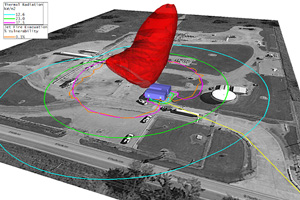 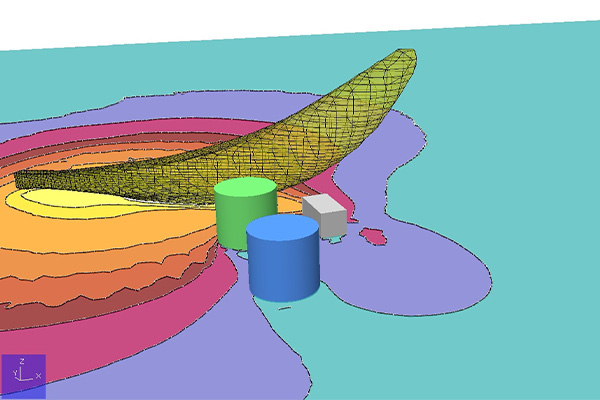 ABS Group's Extreme Loads and Structural Risk engineers help clients clearly understand facility siting risks and quantify consequences. Our knowledge and experience with a range of hazard analysis tools, including Detailed Fire Modeling, allows us to select and apply the most appropriate techniques for each situation. Our Facility Siting services cover a wide range of explosion, fire and toxic release hazards that pose a threat to refining, petrochemical and specialty chemical process installations.

Our engineering and risk consulting teams work diligently with clients to develop and implement the practical measures needed for risk reduction and regulatory compliance.

Receive more ABS Group Insights and notifications about upcoming webinars and new information resources by subscribing to our Knowledge Center.

Request for QuoteAsk an Expert