The ceremony was the capstone to a week of events in the national capital region, including tours of the Pentagon, Arlington National Cemetery, the Capitol Building, as well as visits and meetings with Navy leadership. Butterhof was selected out of five finalists who were all the guests of honor at a dinner event celebrating their achievements as finalists. This event was co-hosted by ABS Group and the D.C. Chapter of the Association of the U.S. Navy (AUSN).

At ABS Group, Butterhof supports various Department of Homeland Security (DHS) exercise programs. Kerry Thomas, ABS Group Senior Director for DHS Programs and supervisor to Steve Butterhof, attended the ceremony. "It was terrific to see Steve's efforts in the service of his country recognized this way," Thomas said of the achievement, also noting that Butterhof is "the epitome of a professional at everything he does."

Equipment Operator 1st Class (SCW/EXW) Steven Butterhof has worked at ABS Group since December 2014 and was called to Reserve duty and mobilized to deploy to Djibouti in May 2015. Selection as Reserve Sailor of Year allows Butterhof to return in May to the Pentagon for meritorious advancement to the rank of Chief Petty Officer.

After being selected, Butterhof said at the event, "This is a tremendous distinction. It's been a privilege to spend time with the outstanding Sailors sitting before you. I'm so humbled with this honor." Butterhof adds that he is thankful for the support that ABS Group provided throughout his deployment.

Force Master Chief of the U.S. Navy Reserve, FORCM C.J. Mitchell, said, "I'm excited about the Reserve Sailor of the Year being a professional that has chosen to mobilize and recently from a mobilization to Djibouti. Petty Officer Butterhof is a fine representative of Reserve Sailors around the world."

During the ceremony, VADM Robin Braun thanked ABS Group for its support of the Navy Reserve. In November 2015, ABS Group was also recognized as a Department of Defense (DOD) Employer Support of the Guard and Reserve (ESGR) Company. ABS Group is proud to support its National Guard and Reservists who continue to do great work while serving our country. 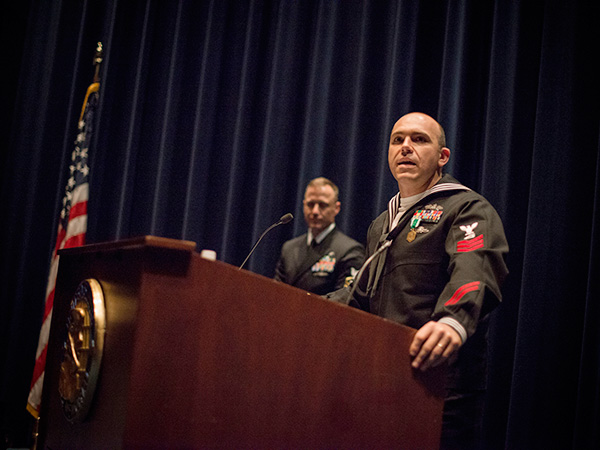 Steve Butterhof makes remarks after being selected as 2015 Navy Reserve Sailor of the Year at the U.S. Navy Memorial in Washington, DC. (Photo courtesy of U.S. Navy) 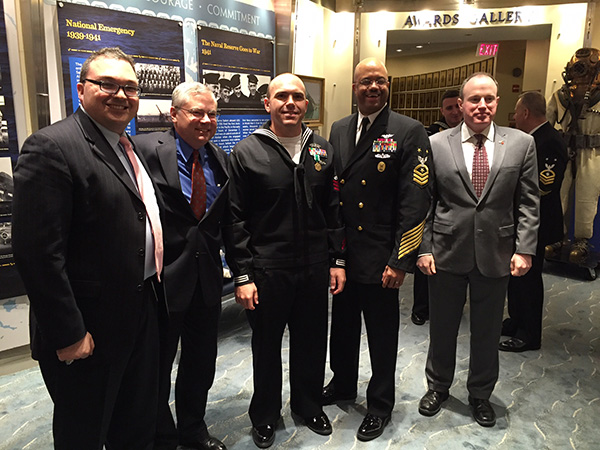